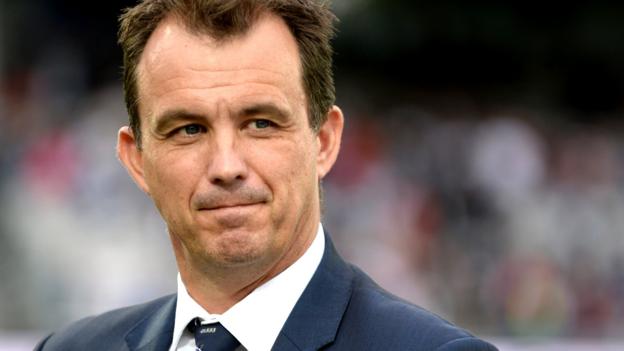 The England and Wales Cricket Board has received “multiple offers” from other countries to help complete the domestic season.

On Friday the ECB said no cricket would be played in England or Wales before 1 July because of coronavirus.

“Those offers are on the table.

“I haven’t had anything from Abu Dhabi, but that’s not to say the offer hasn’t been made.”

The domestic season was due to begin on 12 April. After initially being pushed back to 28 May, the latest delay means England’s three-Test series against West Indies, due to begin on 4 June, and England women’s limited-overs series with India, scheduled to start in late June, have been postponed.

In announcing the extension of the shutdown, the ECB said it will try to reschedule all men’s and women’s international cricket from July to September.

It also said it will create windows for domestic first-class and limited-overs competitions, pushing the T20 Blast as far back into the summer as possible.

Any decision to take matches – either domestic or international – to another country would have to fit into a men’s winter calendar that already features the T20 World Cup in Australia, England tours of India and South Africa, and a potentially rescheduled two-Test series in Sri Lanka that was cut short in March.

With regard to matches that could be played in the UK this summer, Harrison said the ECB is becoming “comfortable with the idea there won’t be crowds”.

While he said it is too early to say exactly how cricket behind closed doors would be played, Harrison said there would be need to be “significant testing”, as well as moving international matches to the grounds best suited to the demands of such a scenario.

For example, Old Trafford and Southampton have hotels within the ground, where players and officials could stay on site.

“Inevitably, behind closed doors does change the venue allocation and the mindset,” Harrison said.

“It goes from taking the game around the country to give fans a chance to see England in their back yard. That shifts because there’s no-one seeing England play live at all.

“Venues that are best suited to providing the right conditions will be in a strong position.

“You can see what other sports are considering: allocating neutral venues for all matches and then playing in those. That’s the lens we’re putting on this. What’s the minimum number of grounds we need for our desired international schedule and how to cater for that.”

‘The case for The Hundred is even more important’

The ECB is yet to make a decision on the inaugural season of The Hundred, which was due to begin on 17 July. An update is expected after a meeting on Wednesday.

Although Harrison said the game in England faces a “very significant financial problem”, he remains committed to launching The Hundred, even if it is not this season.

“I don’t think this in any way dilutes the case for The Hundred. It absolutely accelerates it and makes it something cricket needs to get behind,” he said.

“If anything, this crisis and the implication long term or medium term, the case for The Hundred is even more important.

“It will generate really important commercial value for the game and it will help broaden the audience.”

When asked if The Hundred should be postponed until 2021, England director of men’s cricket Ashley Giles told BBC Sport: “There are a lot of things in play, but playing a new competition like this behind closed doors, maybe that’s not the best way to launch it.

“It’s going to be a great competition, but we wait to see what the board come to next week.”