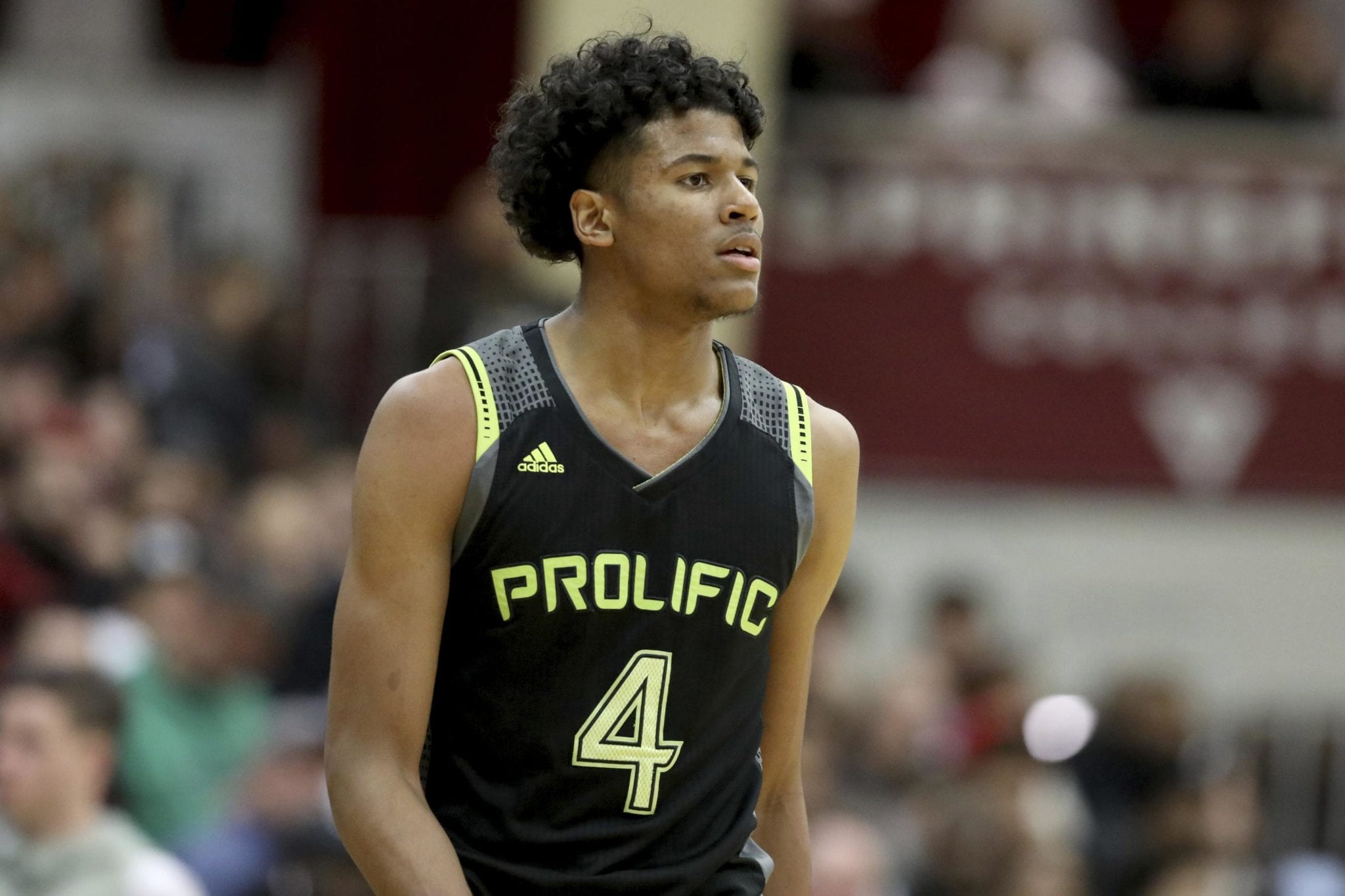 California High School Basketball phenom, Jalen Green, has announced he will bypass college and join the NBA G League instead.

Green, the No. 3 ranked prospect in the class of 2020, averaged 31.5 points, 7.5 rebounds, and 5.0 assists for Prolific Prep in Napa, California, while helping the team to a 31-3 record and the Grind Session World Championship.

Green’s decision to opt for the G League over playing in the NCAA or for the NBL in Australia could have reverberating effects on traditional pathways to the NBA.

By going to the G League, Jalen Green receives $500K, a full college scholarship, skill/life training, and will face tougher competition than college offers with coaches focused on development. Sure seems like an easy choice for elite HS recruits instead of dealing with the NCAA.

The 6-foot-5 shooting guard may make as much as $500,000 with the one-year developmental program, according to ESPN’s Adrian Wojnarowski.

The G League was starting players at $125,000 while the NBL was offering pay in the mid-six figures.

Top draft prospects LaMelo Ball and RJ Hampton both chose to play in the NBL rather than commit to playing college basketball or joining the G League.

“That’s a real program that the NBL has,” Abdur-Rahim told ESPN.

“We have kids leaving the United States … to go around the world to play, and our NBA community has to go there to scout them. That’s counterintuitive. The NBA is the best development system in the world, and those players shouldn’t have to go somewhere else to develop for a year.”

Green is also expected to sign a seven-figure shoe deal this year.

The NCAA better buckle up because more and more high school players will surely opt for the financial rewards and opportunities of playing in the NBL and G League over the restrictions of NCAA amateurism.

Balaji was more popular in Pakistan than Imran Khan in 2004:...

Interviewing Dennis Rodman is like trying to interview a feral cat...

Indian Premier League 2020 set to be further delayed after lockdown...