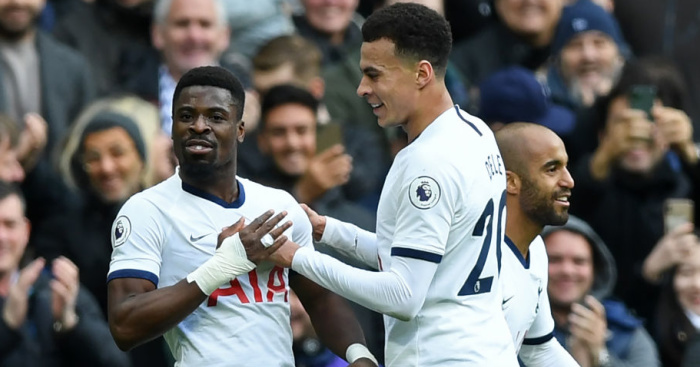 AC Milan have revived their interest in Tottenham Hotspur full-back Serge Aurier, but are also looking at an Everton man, according to reports in Italy.

Aurier has failed to live up to expectations since joining Spurs from Paris Saint-Germain in 2017, and could be on his way out of the Tottenham Hotspur Stadium this summer.

The 27-year-old remains under contract until 2022, but Jose Mourinho may prefer to sign an upgrade at right-back – and Aurier could be pushed out.

According to Tuttosport (via MilanNews), the Ivory Coast international is on a three-man shortlist for AC Milan as the Italian side look to solve their own issues at right-back.

Neither Andrea Conti nor Davide Calabria have convinced at San Siro, and Milan were interested in taking Aurier in January, although no move materialised.

Aurier could finally depart this summer, though, as Milan are considering going back in for him – although they are also interested in Lille’s Zeki Celik and Everton’s Djibril Sidibe.

Sidibe is currently on loan at Goodison Park from Monaco, and while the defender has admitted he would like to make that move permanent, Milan may try to hijack any permanent deal.

Meanwhile, an exit that Spurs fans would be much less happier to see would be that of star striker Harry Kane.

The England captain recently hinted that he may have to move on if the club do not show signs of progressing, leading to intense speculation linking him with Manchester United.

And Kane is now said to have made his mind up on his next destination if he does leave – but it may not be bad news just yet for Tottenham.