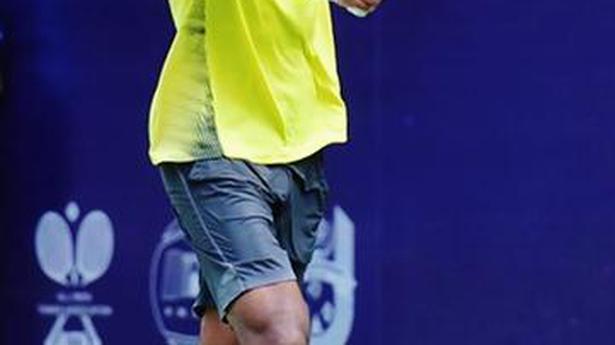 It may look a mere flight of fantasy, but it has some substance too.

With the lockdown extended, former National champion Nitten Kirrtane has set out to keep the tennis fraternity engaged with a virtual competition that features players from Ramanathan Krishnan to Ramkumar Ramanathan. Those who follow the sport know that the two are not related!

Krishnan, who made the Wimbledon semifinals twice and lost to the eventual champions, is widely acknowledged as the country’s best ever.

Ramkumar has considerable potential, as he showed by engaging the former US Open champion Marin Cilic in two long tie-breaks in the recent Davis Cup tie against Croatia in Zagreb.

In a virtual contest, it is the number of votes and the popularity of the player that tilts the balance in a match-up.

Former Davis Cup captain Mahesh Bhupathi weighed the singles performances of the players in the Davis Cup while preparing the seedings’ list, paving the way for a 64-player draw.

Rohan Bopanna, who assisted Nitten and Sandeep Kirtane in developing the idea, has been seeded 11th behind S.P. Misra and Premjit Lall.

It will be interesting to view the voting pattern on social media from Thursday. The draw has been kept long enough, perhaps to last till the end of the lockdown on May 3! Remarkably, the draw, made with the support of qualified supervisor Tejal Kulkarni, binds the players of different eras in a single sheet.

Ramanathan Krishnan will not lose in the first round since he has a bye, but there will be no such guarantee when he meets the winner of the Vishaal Uppal-Enrico Piperno match. That is the reality of the virtual world!

Real reason revealed why Solskjaer has talked Man Utd out of...