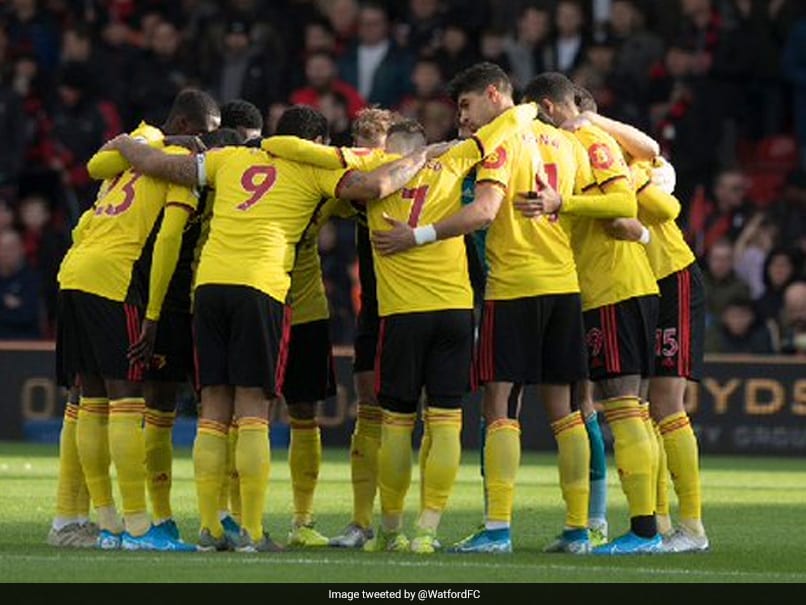 Watford became the latest Premier League club to agree a wage deferral with players on Wednesday to help ride out the economic crisis caused by the coronavirus pandemic. Southampton, West Ham and Sheffield United have also agreed deferrals, while Arsenal’s players will take a 12.5 percent pay cut over the next year.

“It is a show of unity which we know our supporters and the wider Watford community will appreciate, and shows an awareness of the need for everybody to pull together in these incredibly challenging times,” said Watford chairman and CEO Scott Duxbury.

“We can be proud of the players for taking this step. They recognised they have a role to play and didn’t hesitate in taking a decision for the overall good of the club.”

The Hornets were 17th in the Premier League, outside the relegation zone only on goal difference when matches were indefinitely suspended due to the public health crisis.

Should the season be able to restart, Watford risk the trap door of another severe economic hit with relegation.

“Nobody, wherever they work, is keen on the idea of a pay cut, so there’s a bit of common sense and a good level of understanding has prevailed to get to a pay deferral over the short term,” said captain Troy Deeney.

“The details of what we’ve agreed are private – but they’re in the best interests of helping the club right now, no one needs to be in any doubt about that.”

With ‘The Hundred’ postponed, ECB chairman decides to step down