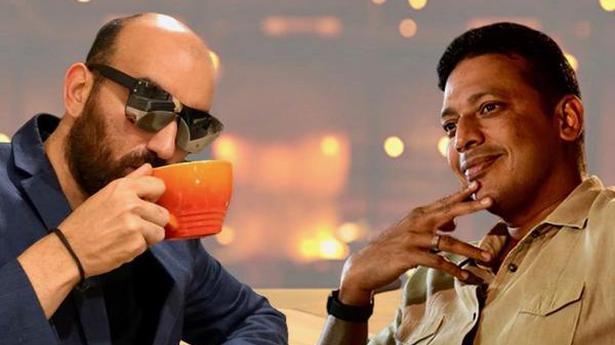 “I am honoured to be your first guest,” said Bhupathi even as he teased Raja by asking him not to interfere during his two-minute monologue.

Ever the professional, Raja played the Davis Cup tie against Canada with Rohan Bopanna as partner under Bhupathi’s captaincy and was equally comfortable playing the professional Tour with Leander Paes.

Bhupathi praised Raja for his “ability to get along with everybody.”

When queried about his relationship with Paes, Bhupathi was candid.

“At the peak of our partnership, we conquered the world — won two Grand Slams in 1999, and made the finals of all four Grand Slams. We were No. 1. This year has been the second most exciting year, with our frying pan challenge that was watched by about 70,000 people. A few abuse us, for not playing together and winning more Grand Slams. [But] We won three Grand Slams, were No. 1,” said Bhupathi.

Terming that partnership as the high point of Indian tennis, Bhupathi touched on the influence of their combination saying, “We conquered the white man’s game. Sania [Mirza], Rohan and all of you guys go there now, believing you can win.”

Bhupathi was quite thrilled while recalling the country’s first Grand Slam title, the 1997 French Open mixed doubles title with Japan’s Rika Hiraki. “I was ranked No. 52, and we were the last team to get into the draw, because Rika Hiraki was No. 30.”

He also said that Novak Djokovic could end up with the most Grand Slams, and that Nick Kyrgios had it in him to win one. He acknowledged that Paes had the better backhand volley and ducked a question as to whom he would not like to meet ever again, stating it was not the right thing “to say on an open platform”.

Winding up the lively show, Bhupathi said that his mantra was to “keep working”.

CSKA Moscow’s Johannes Voigtmann not optimistic for the resumption of the...