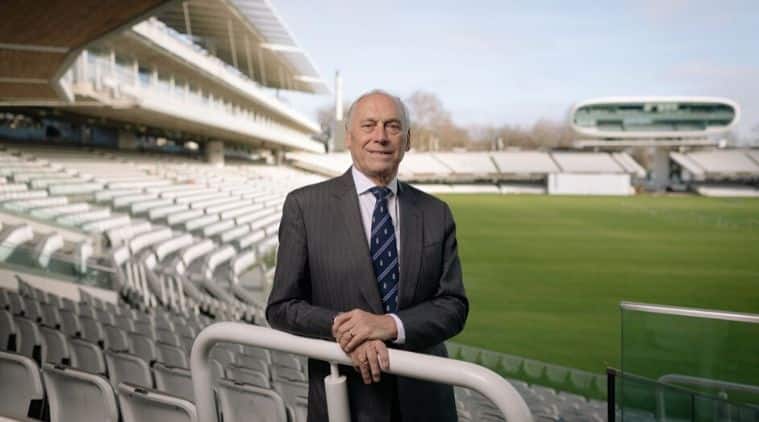 Colin Graves has decided to step down from his position as the England and Wales Cricket Board chairman on August 31. (Source: ECB/File Photo)

Colin Graves has decided to step down from his position as the England and Wales Cricket Board chairman on August 31 following the postponement of The Hundred tournament to next year, the ECB announced on Friday.

Graves, who was appointed as chairman in May 2015, will be replaced by Ian Watmore after being ratified in the AGM at the end of the month. Graves is expected to take over as ICC’s next chairman, replacing Shashank Manohar.

Graves, who had agreed for an extension till November this year to oversee the inaugural season of the 100-ball tournament, decided to end his term early after the cash-rich tournament was postponed due to the fast-spreading Covid-19 pandemic.

“With the launch of The Hundred unavoidably moved to 2021, I have reviewed last year’s extension of my term as Chair, and put a request to the Board to now finish early, on August 31,” Graves said in a statement.

“There is still much to be done in the coming months as I continue to lead the ECB during this challenging time.

“As we get closer to August I will look forward to saying my farewells and sharing good wishes to all those I have worked alongside.”

The ECB Board on Wednesday unanimously endorsed Watmore’s appointment as Chair Elect following a confidential review into allegations of misconduct during his 2018 tenure as a non-executive director of the English Football League (EFL). He was accused of jeopardising a broadcast deal.

“It feels important to both the game and the ECB Board, to allow Ian Watmore to commence his role earlier than originally agreed. I have no doubt that his wealth of experience in sport, business and government will be invaluable as we navigate through this crisis,” Graves said.

“There remains a long road ahead, but I have immense confidence in the excellent leadership of Tom Harrison, our Executive Management Team and the ECB Board as they shape the direction of our response to Covid-19.”

The AGM, which will ratify the appointment of Watmore as ECB chairman, was earlier proposed to be held on May 12 but it has been pushed to the end of the month due to the global health crisis.

When the Woods were dark and lovely for Vijay Amritraj